(Fifth in an occasional series)

Lack of time has prevented me yet again from posting regularly on this blog, but some of my recent travels have thrown up some further examples of building shrouds – this time showing the aesthetic ‘appeal’ of a shroud carrying no advertising.

I photographed two examples yesterday – the first in Bristol and the second in London. Quite frankly neither of these shrouds does anything for the townscape, and commercial shroud adverts in both cases would be infinitely preferable to this messy sight. 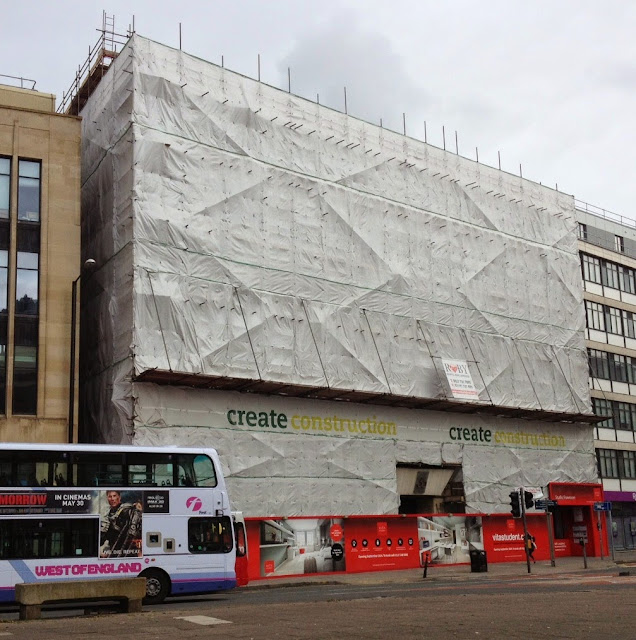 These shrouds are usually in place for several months, and it would make sense for temporary permission for the display of a large shroud advertisement to be given for the duration of these works. As I have suggested before, this could usefully take the form of deemed permission under the Control of Advertisements Regulations, rather than being left to the sometimes capricious decision-making process of individual LPAs. 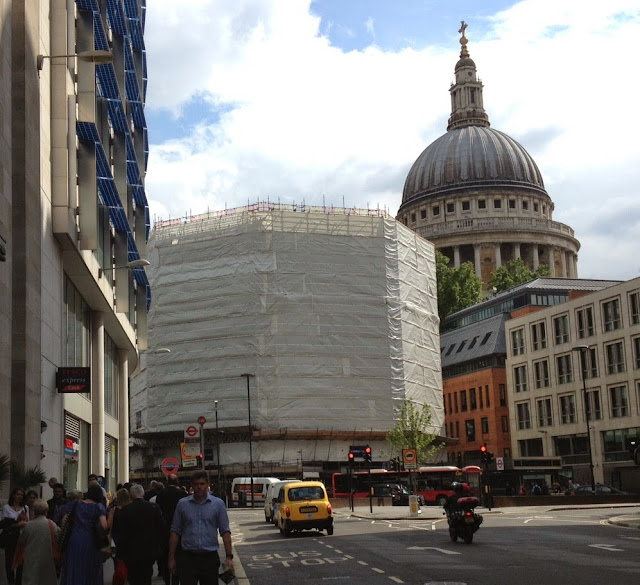 I appreciate that it is possible to display a pictorial shroud (usually a representation of the hidden facade of the building under repair) without advertising, but this is an added expense and so is unlikely to be willingly undertaken by most developers. Nonetheless, in fairness to the “No advertising, please” lobby, here is an example I came across on a flying visit to Brussels a couple of weeks ago, in the Grand Place. 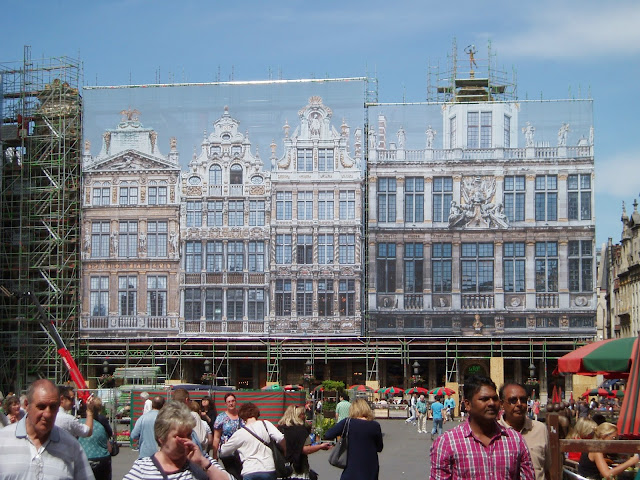 I don’t know who funded the shroud display here (possibly the city council?), but it can’t have been cheap, and as the examples I photographed in Paris in April all explicitly stated, advertising shrouds can contribute to the cost of restoration of the buildings that are being refurbished.