‘White van man’ with the flags could be prosecuted


Strood’s ‘white van man’, who achieved overnight fame as a result of a tweet by Labour’s (now ex-) Shadow Attorney General, Emily Thornberry, might possibly be liable to prosecution under section 224(3) of the Town and Country Planning Act 1990. This sub-section provides that if any person displays an advertisement in contravention of the Control of Advertisements Regulations, he shall be guilty of an offence and liable on summary conviction to a fine of such amount as shall be prescribed, not exceeding Level 4 on the standard scale and, in the case of a continuing offence (i.e. if the advertisement goes on being displayed), one-tenth of Level 4 on the standard scale for each day during which the offence continues after conviction. 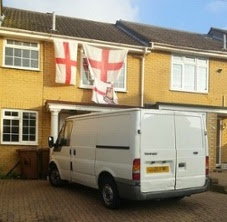 No doubt some readers already have in mind two possible objections to this proposition. First, is the display of a flag an ‘advertisement’ for these purposes? Secondly, is the display of flags not either exempted or granted deemed consent by the Control of Advertisements Regulations? Let’s look at each of those points in turn.

Without going into chapter and verse, it is well-settled law that if a flag or other display is likely to draw attention to the premises where the flag is displayed (even domestic premises), this counts as an ‘advertisement’. The Control of Advertisements Regulations themselves recognise this by exempting certain flags from control, and by giving deemed consent for the display of various other flags. But here’s the snag; the regulations are quite prescriptive as to what is actually permitted, and if the display does not comply with the conditions prescribed by the regulations, then it is unlawful. Even after Uncle Eric’s much-trumpeted (but in fact very limited) ‘liberalisation’ of the rules in 2012, there are still some quite strict rules as to what, and how, flags may be displayed.

Class H of Schedule 1 (adverts that are exempt from control altogether) allows the display of any country’s national flag, civil ensign or civil air ensign, but neither the flag nor the flagstaff may display any subject matter additional to the design of the flag, other than a black mourning ribbon. Now I know that the permanent addition of a black mourning ribbon to England’s national football flag might well be justified, but if you look at the lowest of the three flags displayed on the house in Strood, it had the England FA’s shield on it. So it doesn’t qualify as the country’s national flag, and it does display subject matter additional to the design of the cross of St George. So this one would not appear to be exempt under Sch 1, Class H.

In any event, it would appear to be implicit in the Control of Advertisements Regulations that a flag is expected to be flown from a flagpole, not draped across the wall of a building like a banner. This is not explicitly stated in Schedule 1, but the deemed consent granted for certain other flags by Schedule 3 (see below) certainly does refer specifically to flags flown from variously located flagpoles. It would also appear to be implicit in Schedule 1 (again, by analogy with Schedule 3) that the exemption granted by Class H applies only to a single flag, not to two or more.

In addition, Standard Condition 3 in the Second Schedule provides that any advertisement displayed shall be maintained in a condition that does not impair the visual amenity of the site. This is, of course, a matter of judgment, and I make no comment on the effect that festooning the house with flags in this case may have had on the visual amenity of the site in this case.

Turning now to Class 7 in Schedule 3 (adverts which have deemed consent), this class (together with several sub-classes) permits an advertisement in the form of a flag, but in each case attached to a single flagstaff, mounted at various angles. Bearing in mind that national flags are covered by Sch 1, Class H, none of the types of flag authorised by Sch 3, Class 7 includes any national flags (although it does include a flag bearing the device of any sports club, so flying the English FA flag from a flagpole would be OK). In any event, this deemed consent certainly doesn’t extend to flags draped over the wall of a house. Furthermore, on sites comprising less than 10 houses, only one flag is permitted.

As readers will have gathered from previous posts in this blog on the subject of flags, I think the whole business of regulating the display of flags under the Control of Advertisements Regulations is a complete nonsense, but if an eager and ambitious enforcement officer in the local planning authority for the Strood area wants to make a name for themselves, then the opportunity to do so is presented by a possible prosecution under section 224(3) of the 1990 Act in this case. The evidence is there in the form of Ms Thornberry’s photograph, and it would merely be necessary to call her to prove the photo. (If she proved to be a reluctant witness, her attendance could be compelled by a witness summons.) This case would be bound to attract huge attention from the media, and so this would be a real feather in the cap for the enforcement officer, and a valuable addition to their CV.

Taking my tongue out of my cheek for a moment - if the display of flags (particularly the flag of St George) were to be thought to be provocative or racist in some areas (and I am not for one moment suggesting that this applies to the example in Strood), then prosecution under section 224(3) of the 1990 Act might be an effective way of nipping it in the bud.

One final thought, particularly bearing in mind the approaching festive season – what about Christmas lights? These, and particularly the more extravagant displays, could also be the target for prosecutions under section 224(3), if they were thought to be objectionable in terms of their effect on the amenity of the area. (November 5th is behind us now, but this is the point at which I should perhaps observe the warning on the fireworks to “Light blue touch paper, and retire to a safe distance”!)