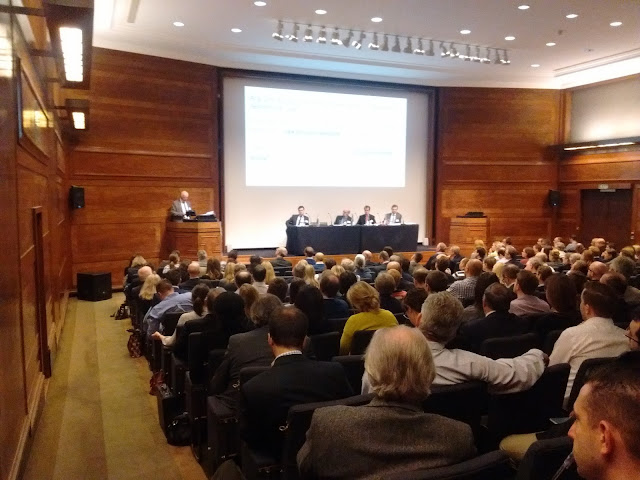 Sales of my book - “A Practical Guide to Permitted Changes of Use” have exceeded all expectations. The original print run, which Bath Publishing reasonably expected would provide enough stock for some months to come, sold out within a fortnight after publication, and the book was temporarily out of print for about a week while an urgent reprint was put in hand. The book is now on its third printing, and is continuing to sell well. I have had very positive feedback from readers, some of whom told me that the book had proved useful to them within days after they received their copy.

Richard Harwood QC, Leslie Blohm QC and Charles Mynors all wrote kind notes to me praising the book, and Richard Harwood posted an entirely unsolicited 5-star review on Amazon, in which he wrote that: “Martin Goodall takes the fast-changing topic of permitted development rights for changes of use and gives it the thorough analysis which it deserves. As those permitted development rights have widened in the last few years, they have become more important and more complex. This is a timely and useful guide for practitioners.”

The launch seminar that Bath Publishing held at the RIBA in London at the end of November, in association with Keystone Law, was also a great success, with a near capacity audience of 240 (see photo above), who heard papers on this subject from members of Keystone Law’s planning law team, including the author, and from Sinclair Johnston, a very experienced structural engineer who gave the audience a fascinating insight into the practical structural issues that often arise in the residential conversion of existing buildings, especially agricultural barns.

However, one gentleman informed the publishers that he would not be buying the book “because it will be out of date the day after it is published”. Well, he may feel that it’s worth depriving himself of all the useful practical advice in the book, just because one chapter (dealing with the residential conversion of offices) out of the 20 chapters in the book will have to be revised in six months’ time, when Class O is re-written to extend the deadline for the completion of these office conversions, and when some other changes will also be made to the GPDO. But clearly a lot of purchasers have felt that the book is well worth buying in the meantime.

Incidentally, while I am thinking about this point, some property developers got rather over-excited when Brandon Lewis announced in October that Class O will be extended at the end of May 2016 so as to permit the demolition and rebuilding of offices. I wonder whether he really meant to imply that wholesale demolition and replacement of existing office buildings would be permitted, or whether what is actually intended may be more modest in scope, and perhaps rather more in line with the limited demolition and the replacement of certain elements in the existing building that is currently allowed under some of the other Classes of permitted development in Part 3. It will be interesting to see the scope of the amendments to Class O which emerge from De-CLoG next year.

There are two final points that emerged from the seminar, as a result of discussions I had with my colleagues in Keystone Law’s planning law team, and which I propose to discuss in future posts in this blog. The first of these concerns the extent to which a condition in an existing planning permission can as a matter of law preclude permitted development under the GPDO, and the second relates to the extent of internal structural alterations to the existing building that can be undertaken within the scope of permitted development under certain Classes within Part 3 (particularly Class Q). Both points are discussed in my book, but a consensus is emerging among my colleagues that a more adventurous interpretation of the existing law could quite legitimately be adopted than has been the case hitherto. So watch this space!

[The photo at the head of this item is by © David Chaplin. I meant to include a caption including the attribution, but forgot to do so when uploading this post.]