Those of you who have followed this blog over a long period will be aware that from time to time I have published examples of shroud advertisements displayed on buildings that are undoubtedly major heritage assets in cities such as Venice, Paris and Brussels. The point of publishing these views is to demonstrate that our European friends do not share our squeamishness about erecting temporary shroud advertising around buildings that are undergoing major refurbishment.

I was in Paris again last week, and found several more examples of shroud advertising displayed on such buildings while major building works are being carried out. The first example is on the South Front of the Palais du Louvre. 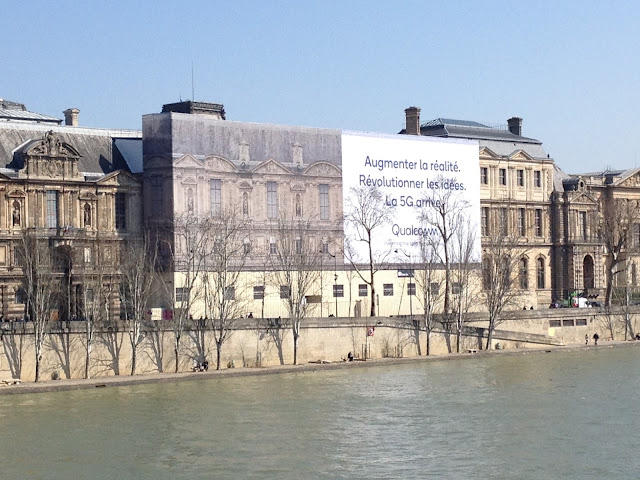 Next, we have shroud advertisements displayed on the buildings facing onto the Place de la Concorde, and also on the return frontage to the Rue Royale. 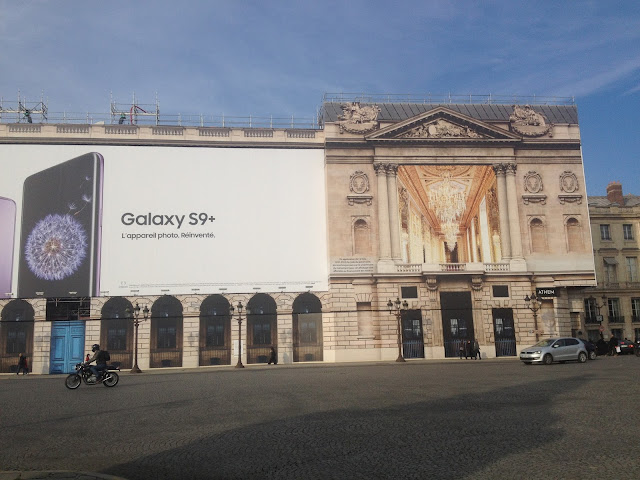 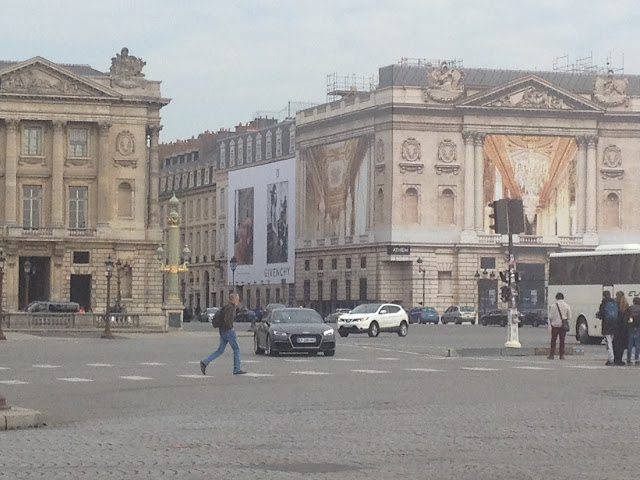 Only a few metres further north, at the end of the Rue Royale, is the Church of the Madaleine, where this shroud advertising is displayed: 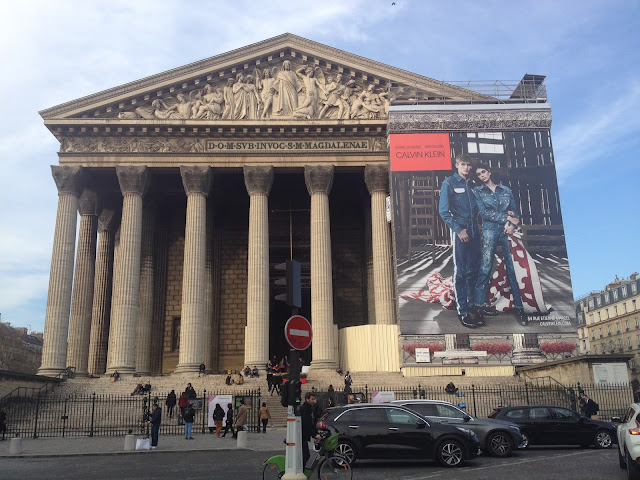 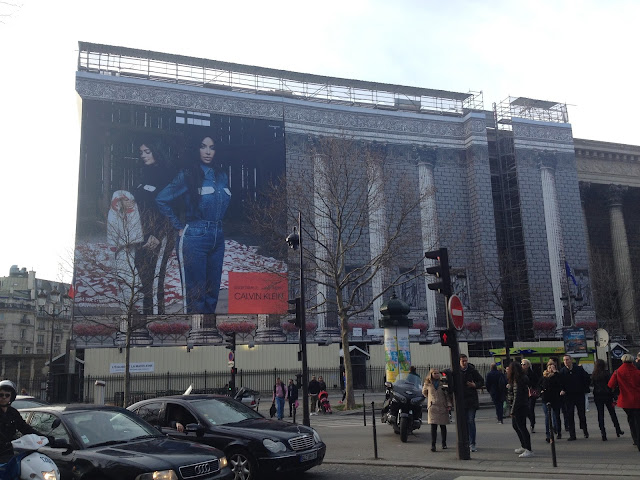 The essential point is that these shroud advertisements are purely temporary, and are displayed for only so long as the works continue. To take a previous example, on Wednesday, 16 April 2014, I illustrated a shroud advertisement at the north-east corner of the Place des Vosges.

The works covered by that shroud have long since been completed, and so this important historic building can now be seen in its fully restored state, after the advertisement had made a significant contribution to the restoration works. This is what it looked like last week (and no doubt for the past several years): 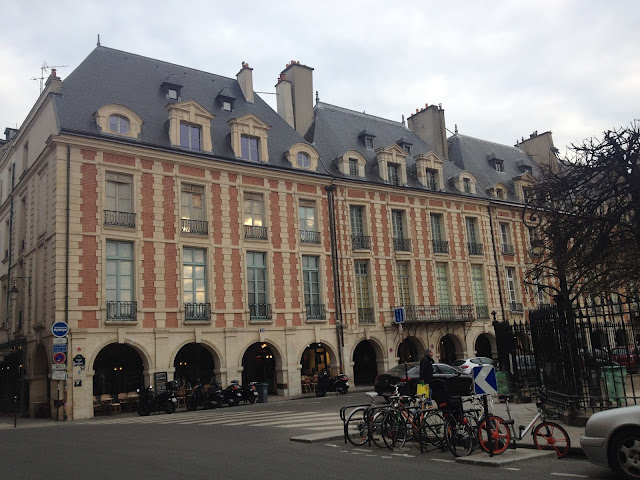 If such advertisements can be displayed on the shrouds around important historic buildings in World Heritage Sites like these while they are under repair, there is no reason whatsoever why we should not allow similar advertising in this country.

So come on, Raab; let's get on with it! This government prides itself on sweeping away red tape, so let’s see an appropriate amendment to the Control of Advertisements Regulations to give deemed consent for shroud advertisements in these circumstances without further ado.